Emmanuel started as a Sunday School 120 years ago. So it is only fitting that our annual Sunday School homecoming event should become part of our 120th anniversary celebration.

In 2018 we are celebrating at the church with 8 AM and 10:30 AM services, including our choir and bell choir. Pastor Emeritus Stolzenburg will preach and Pastor Kudart of Zion will serve as a liturgist. During the 9:15 AM Bible Class hour, members will share stories about the life and ministry of Pastor Carlton J. Sutorius. At noon we will share a pitch in meal with smoked pork and chicken from Legacy Smokers on Greenlawn Ave. We ask those attending to bring a dish or something to pass. But if you don't have something prepared, please stay for the meal anyway. We always have more than enough food! 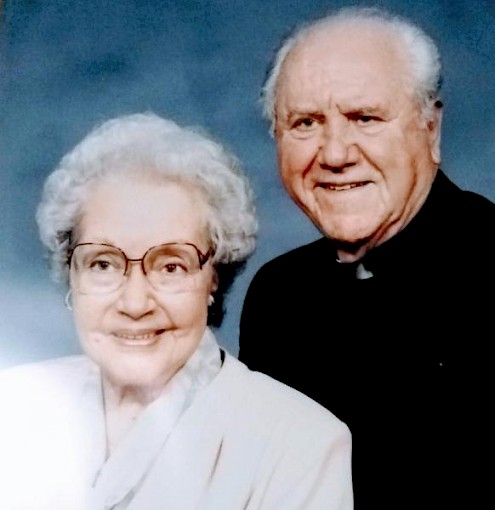 Here are a few pictures from our 2017 picnic. You will find a summary of the congregation's history below. 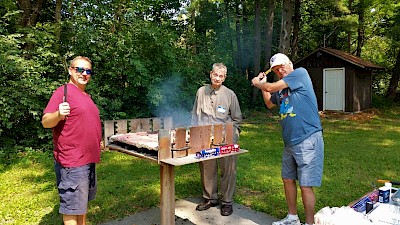 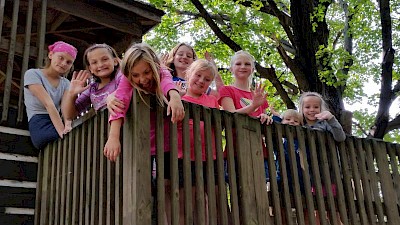 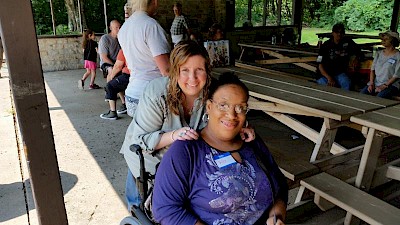 A Summary of Emmanuel's History

The conception of a Lutheran church in south Columbus was the brainchild of Mrs. Malinda Obetz, a member of Grace Lutheran Church, who approached the City Mission Board with the idea of a new Sunday School. Since no Lutheran church existed in the area from Fulton and Third all the way to Obetz, hundreds of children were without any source of religious education, and the population of the area was growing with the advent of industry in south Columbus. Even the Lutheran churches that did exist conducted services and Sunday School in German which left out most of the children. The plan was approved by the mission board and a store room was rented at 1908 South High Street.

An advertisement in The Columbus Dispatch announced the opening of an "English Lutheran Sunday School" at 2:30 in the afternoon. Sunday. May 9, 1897 The afternoon was so successful because of the hard work of Mrs. Obetz, and her sister, Mrs. Lettie Henry, with the result that the storeroom was filled. The Mission Board was convinced that a great need existed and the Sunday School continued with growing numbers. Shortly After the beginnings of the Sunday School, regular church services were also held in the storeroom. conducted by various Columbus pastors.

Dr. L. H. Schuh, then President of Capital University. was largely responsible for the events to follow As superintendent and Seminary instructor, Dr. Schuh, with the help of students instilled Lutheran doctrine in the minds of those attending the new Sunday School. Dr. Schuh confirmed nine catechumens late in June, 1898, and on July 10, a meeting was held, in which those confirmands and several others who had transferred from their home churches met to plan for a permanent congregation On September 10, the formal organization of Emmanuel Lutheran Church took place Twenty three people became charter members of the congregation. On December 11. 1898. Pastor Bachman was installed by Dr. Schuh as Emmanuel's first pastor. The outstanding contribution which Mrs. Obetz and Dr. Schuh put forth on behalf of the new mission should always be remembered by the congregation.

Next on the agenda for Emmanuel's founders was the matter of building a church. A lot at 56 Reeb Avenue was purchased and construction began in the spring of 1899. The church, costing $2200, was completed and dedicated Sunday, October 29, of the same year. and the structure was financially cleared in two years. The original purpose of the church. being a south side Sunday School facility had been fulfilled. In fact, the Sunday School had expanded so much that two rooms were added in 1909 to the church on Reeb Avenue.

On February 15, 1915. some three months after the resignation of Pastor Bachman the Rev S. C. Long former city missionary of Columbus, was installed as second pastor of Fmmanuel.

February, 1918, saw the departure of Pastor Long who answered the call of a church in Logan, Ohio. The Rev. Frank D. Mechling became Emmanuel's third pastor.

Four adjoining lots on Markison east of High were purchased in 1920 by the building committee, and a loan was secured through the Joint Synod of Ohio. The official ground breaking took place on October 17. 1920 The basement rooms of the "Old California Mission" style church became ready for use by mid-summer of 1921, and the first service in the new structure was held in the basement rooms on Sunday, August 7 The week of October 23, was a week of joyous celebration of God's providence in the dedication of the current main structure of Emmanuel Lutheran Church at 80 East Markison Avenue.

Pastor Mechling left his ministry at Emmanuel in 1931 to serve in California, and an interim pastor the Rev. E. F. William Stellhorn, was installed as Fourth spiritual leader of the congregation on April 24, 1932. Less than three years later, the fifth pastor of Emmanuel. the Rev. Theodore B. Hax, was installed.

By 1941, much of the debt of the new church had been resolved, and ground was broken for the new parsonage in October of that year. Pastor Hax and his family began occupation of the home late in February 1942. A defense housing project called "Lincoln Park" was built a mile east of the church Emmanuel's Sunday School undertook the venture of serving the transient population of the area with religious instruction. Rooms of a Nearby school were rented, and several of the students became confirmed members of Emmanuel Lutheran Church.

On February 1 1948, the Rev. Carlton J. Sutorius who had been doing home mission work in Coral Gables. Florida. came to Columbus and was installed as sixth pastor of Emmanuel. With his arrival he embarked on a period of the longest pastoral tenure the congregation was to have in its first century. The congregation also celebrate the first fifty years of blessing.

The sixth decade in the history of Emmanuel Lutheran Church once again pointed to the intentions of Mrs. Malinda Obetz. The Sunday School program was growing rapidly and more space was needed. Early in this decade, the brick house to the corner of Third Street and Markison was purchased by the congregation and was used for Sunday School classes, Catechism classes, and a church office. Emmanuel again grew physically with the erection of an L-shaped education building in 1958. The building extended from the left rear of the church to the rear of the double at Third and Markison. Dedication of the structure and celebration of Emmanuel's sixtieth anniversary were held on Sunday November 2, 1958. The building was renovated for these uses, and following years saw improvements to all church property.

Soon, even these Buildings were not enough Continual changes had been made in the church proper, but it was felt that major changes were still needed. With financial stability on its side, Emmanuel began another project of growth, not only expanding Sunday School facilities. but rebuilding the narthex and front of the church. Many major improvements were made in the process The church was redecorated and painted The spacious new narthex was built with an upstairs cry room for the care and accommodation of babies without disruption of worship and a new enclosed side entrance at ground level eliminated the hazards encountered with the steep steps. Air-conditioning was also added.

As the congregation reached its peak in attendance several assistant pastors were called. They included Pastors Ron Diener; Thomas Phillips, and Ron Murdock.

At the annual congregational meeting in November 1985. Pastor Carlton J. Sutorius announced his retirement as Pastor of Emmanuel after 38 years of devoted service. In addition to his service to the congregation he served as Chaplain for the Columbus Fire Department, Columbus Police Department, and Columbus City Council for twenty-five years. He was named Pastor Emeritus and has continued to serve the congregation as Bible class teacher and visitation pastor The Vestry contracted with Pastor Steven Archer, a former Lutheran Church in America pastor to serve as a supply pastor. He was later called to be Emmanuel's seventh pastor, serving until 1991.

Because of concerns of increased liberalism in the newly forming Evangelical Lutheran Church in America as well as changes in properly ownership with the new synod, the congregation determined. after much prayer and many long meetings, to withdraw from the E.L.C.A. On June 23, 1986, by a vote well in excess of the the two-thirds majority required. the congregation voted to become independent. The decade of the eighties was truly a very difficult time for the congregation.

After pastor Archer took the call to Perrysburg the call was extended to Pastor Floyd L. Stolzenburg, a native of Columbus who became the eighth senior pastor to serve the congregation. With the arrival of the new pastor. a program of Bible study and outreach was established which has brought the congregation into a period of slow but significant growth.

One hundred years have passed since Emmanuel began as an "English Lutheran Sunday School" in a vacant storeroom at 1908 South High Street. The times have seen great changes in such things as the diversification of the peoples in the surrounding area of the church. Our members at Emmanuel are no longer a tightly-knit group of twenty-three charter members They have their own neighborhoods, often miles away from Markison and Third with other Lutheran churches in their neighborhoods, seeking their attendance, membership, and support. Yet with all of this Emmanuel has grown stronger, both in attendance and financial support. Why are we still here and growing stronger? Our faith in Jesus Christ and His love for us, has given the congregation of Emmanuel Lutheran Church the strength to overcome the problems and challenges of our changing world with a conviction for steadfast service to the Triune God and a dedication to serve Him in Word, Sacrament and Service into the coming century.